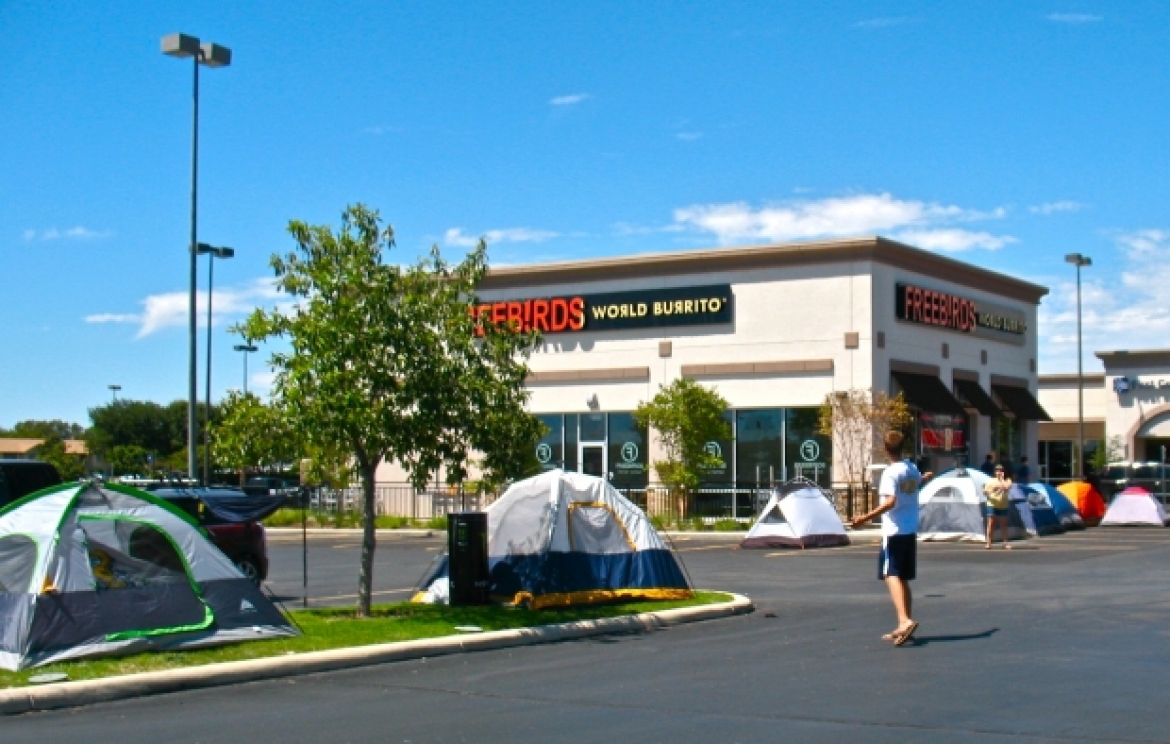 Last week, a friend pointed out that the new building under construction next door to Zoes Kitchen on Valley Mills Drive is going to be a Chili’s.

I mean, I like Chili’s. It’s as good a place as any to have a good conversation with friends and eat chips and queso. It’s just not exciting, especially in the current Waco restaurant landscape.

But then I remembered a simpler time here in our humble burg when the opening of Chili’s was exciting.

In case anyone is unaware, I grew up in Waco. I’ve lived here since 1980 with a gap between 1996 and 2003 when I went to college in Lubbock, then worked in Fort Worth. So I’ve been able to see how Waco has evolved and probably most closely observed how that affected the dining options.

So, for your edification and amusement, I present a brief and inexact history of restaurants coming to Waco.

TWO DISCLAIMERS: 1) These are all restaurants that I dined at in another city before they came to Waco and had an impact on my memory. And 2) I know I don’t have the years exactly right, but I believe they’re generally close. I have other things to do that prevent me from, say, looking up the precise moment when Olive Garden or Cheddar's got here. If you want to correct me, however politely or snarkily, in the comment section, feel free.

1992 — Chili’s — This was huge at the time. We really felt as though we had arrived. Crowds immediately descended upon the Valley Mills-Bosque intersection. It was not unusual to wait for 45 minutes for a table and we saw ourselves as lucky to have the chance to sit in the small waiting area and fantasize about chips and queso.

1994 — Olive Garden — Following shortly after Chili’s and beginning the restaurant scene near Richland Mall, the OG leveled us up. If Chili’s was cool, Olive Garden was downright swanky.

1997 — On the Border — Back in the early-to-mid 1990s, we would sometimes go to OTB on adventures to Dallas, where the restaurant highlighted the West End. Nowadays, I forget On the Border is there, less than a mile from my house, but in the late 1990s its arrival seemed almost too good to be true.

1998 — TGI Friday’s — When this big-city staple came here, we knew there was no turning back. We were a cool town now. In fact, we were so cool, that we basically dumped TGI Friday’s after a short tenure.

2000 — Rudy’s — In the late 1990s, when I would visit friends in Austin, Rudy’s was the insider-knowledge bbq joint, or at least it seemed that way to a yokel from Lubbock. So much so that when it came to Waco, it was kind of like “Hmm, there must be something more badass in Austin that I don’t know about yet.”

2003 — Cheddar’s — I’m not sure I ever saw bigger crowds at a restaurant opening than when Cheddar’s landed on Franklin Ave. You almost felt as if you need to make reservations weeks in advance.

2005 — Hooter’s — This one was so late getting to Waco that no one cared anymore. Although, that might have just been my perspective as I was 28 and not 14.

2007 — Chipotle — I once said that if Chipotle ever came to Waco, I would rip off my clothes and sing praise songs in front of the restaurant to celebrate opening day. When the time came, my response was more measured, but no less enthusiastic. I still stop by about twice a week.

2010 — Chuy’s — I hate to say it, but the reaction to this one at this point is basically the same story as On the Border, cut and pasted a decade later.

2012 — Freebirds — It took too long for Freebirds to get here, but when it did it signaled the beginning of the revolution we are now experiencing. The floodgates opened and Torchy's, Twisted Root, Zoes Kitchen, In-N-Out, et al, came rushing in. Welcome to the future.