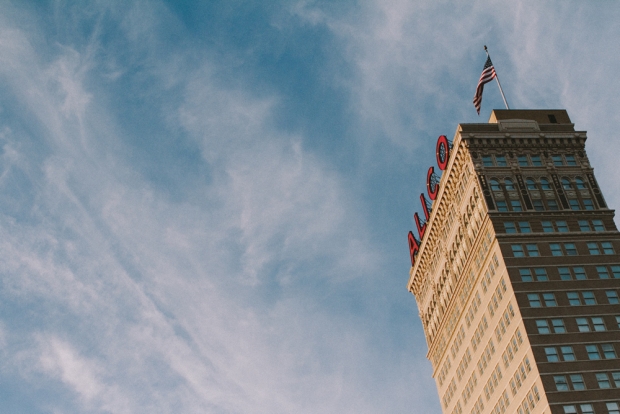 Chad and I have been friends since we were preschoolers in the early 80's, and we both grew up in Waco in the 80's and 90's. That's one of the reasons we started WacoFork, because we wanted to help promote all the cool things that have been happening and continue to happen in and around Waco, especially in the restaurant scene.

In that spirit, I wanted to take a look back at what it was like growing up in Waco in the 80's and 90's. Be sure and add your memories of “old Waco” in the comments below.

1. You had or attended at least 1 birthday party at the McDonald's on Valley Mills.

Looking back on it, I'm not quite sure I understand the appeal of having your birthday party at McDonald's, but I remember loving the idea as a kid. Do people still have brithday parties there? If so, are they as cool as they were back when we were kids?

2. You remember going to Baylor basketball games at the HOT Coliseum.

Back in the day before Baylor built the Ferrell Center, they did all of their indoor athletic events at the HOT Coliseum. I don't remember actually watching the games there, but I do remember going to games. I was probably just running around on the concrete bleachers.

3. You got your picture taken with Santa at Santa's Village at Lake Air Mall, and then went shopping with your mom at Goldstein-Miguel and Montgomery Ward.

I can still remember Rudolph's head sticking out of the back of Santa's workshop. There wasn't much else at Lake Air Mall to entice us to go there besides Santa, Goldstein-Miguel and Montgomery Ward because Richland Mall was already the mall with all the good stores.

4. You remember when there were three movie theaters with a total of 6 screens in Waco: the one behind Lake Air Mall, the one in Richland Mall, and the one at the top of the hill beside Richland Mall.

On a Fall day in 1987, I remember my parents telling us we were going to see a movie called "The Princess Bride" at Lake Air Cinema. It looked terrible to me, primarily because it wasn't a cartoon, but I left there thinking it was one of the greatest movies of all time. I'm pretty sure that's the last movie I saw at that theater.

5. Your mom bought all of your Easter outfits at Cox's.

I still remember getting fitted for my first blazer there. I don't really wear blazers any more, and Cox's is closed down. Coincidence?

6. You remember when the only restaurants at Richland Mall were Picadilly, Chick-Fil-A, and Chelsea Street Pub.

My wife tells me Chelsea Street Pub had the best milkshakes. I have to take her word for it because I don't remember ever eating there. But I do remember going to Picadilly and Chick-Fil-A quite a bit.

7. You remember when Chili's first opened at the corner of Valley Mills and Bosque, and you waited for hours just to get a table.

People flocked to the new Chili's when it opened. You had to get there really early to avoid the long waits because everyone wanted to eat there.

I remember going to Olive Garden in Austin as a kid, so in my mind it was one of those kinds of places that you could only find in a big city like Austin or Dallas. When we got an Olive Garden, it was a sign that Waco was really becoming a big city. At least that's what I thought as a kid.

9. You did all your grocery shopping at Winn Dixie, Skaggs Alpha Beta, or Safeway/Appletree.

We did most of our shopping at Safeway/Appletree, but I remember going to Winn Dixie and Skaggs. I'd like to take a moment to ponder the name Skaggs. It sounds like a rude word you would use to refer to someone you didn't like. Why on earth would someone use it to name their grocery store?

10. You knew it was Christmas when you saw the Christmas tree made of lights hanging from a crane on Waco Drive.

As simple as it was, this is one of my fondest memories of growing up in Waco. I loved seeing the hanging Christmas tree every year. It was a sign that Christmas was just right around the corner.

11. You remember when that hanging Christmas tree was dwarfed by the tree that KWTX made from their antenna tower.

That big tree was the best. You could see it from miles around. I'm pretty sure it was some sort of record at the time, but I have no documentation of that. My fiends and I would go up under the tree and spin around while looking up at the lights. As I'm typing that, it sounds kind of stupid, but we loved doing it. Austin has something similar at their Trail of Lights at Zilker Park, but their tree is nowhere near as big as this tree was. I'm not sure why they stopped doing it. Does anyone know why?

12. You remember when TCBY was the only yogurt shop in town, and I Can't Believe it's Yogurt was the only one before that.

True story, I was with some friends at TCBY on Valley Mills one time when a guy came in and robbed the place. He didn't pull a weapon or anything. He just hung out until they opened the cash register and reached over and grabbed as much money as he could get his hands on.

13. You went to games at Floyd Casey Stadium in the pre-tarp era.

As a kid, I prefered sitting the then tarp-free end zone because there were no bleachers to block you from moving around when the crowds were smaller, and you could play with your friends in the open area behind the scoreboard. We weren't really there to watch the game as much as we were there to hang out with our friends and flirt with cute girls.

14. Underwood's Cafeteria became your go-to Sunday lunch restaurant for years in the 90's.

Maybe this one just applies to me. My parents have a habit of getting into what I call a restaurant rut, and they go to the same place over and over again. Underwood's was our rut in the mid 90's.

15. You thought every ice cream sundae should be served in a boot-shaped glass like they did at J.T. McCord's.

Am I the only one who remembers this? Please tell me I'm not. I thought the boot-shaped glass was the coolest way to serve an ice cream sundae.

16. Steak & Ale was the really nice restaurant that you only went to on special occasions.

I think I only ate at Steak & Ale once or twice, and I'm pretty sure I was wearing my Sunday best both times. I was probably wearing something I bought at Cox's.

17. You watched the 1953 Waco tornado documentary in school, and you vaguely remember the song.

You also know for a fact that Waco would be as big as or bigger than Austin today if it weren't for that darn tornado.

18. You went swimming at the Lion's Park pool and longed for the day you were big enough to go down the big water slide.

I don't always swim at Lion's Park pool, but when I do I'm pretty sure I'm swimming in other kids' pee.

19. You remember when Spenco became the Waco Athletic and Racquet Club before ultimately becoming the Y, and you're pretty sure it burned down at some point along the way but you don't really remember the details.

The main thing I remember about Spenco was that as a kid, you never got to swim in the indoor pool. That was for grown-ups doing their laps, or so I was told.

20. You knew that wax paper made you go faster on the big slide at Lion's Park.