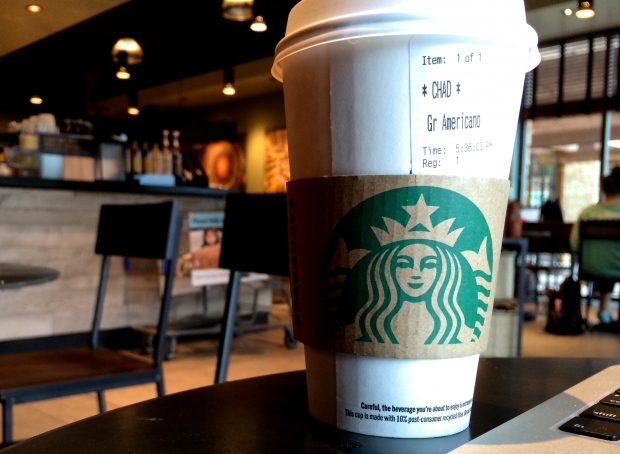 I was relieved this morning to see that Central Texas Marketplace was open again and no longer barricaded by police cruisers.

Well, the part of it that contains Starbucks anyway. The section containing Don Carlos, Twin Peaks, World Market, etc. still had an abundance of police presence. It looked like store managers might be able to access their stores because the police cars weren't totally blocking the intersections. But customers and looky-loos were probably SOL.

Panera was closed this morning. A sign on the door explained they were unable to bake their bread last night, so the store will open again with regular hours on Tuesday.

It was a little after 10 this morning when I drove around CTMP, so some of the restaurants wouldn't have been open yet anyway.

Our applause go out to law enforcement and everyone who secured a dangerous situation yesterday and still managed to allow most of the surrounding businesses to return to normal today.

One more bite: In case you were wondering why there's a Starbucks cup pictured with this blog, it's because that's where I wanted to go this morning and I REFUSE to give Twin Peaks any additional publicity.