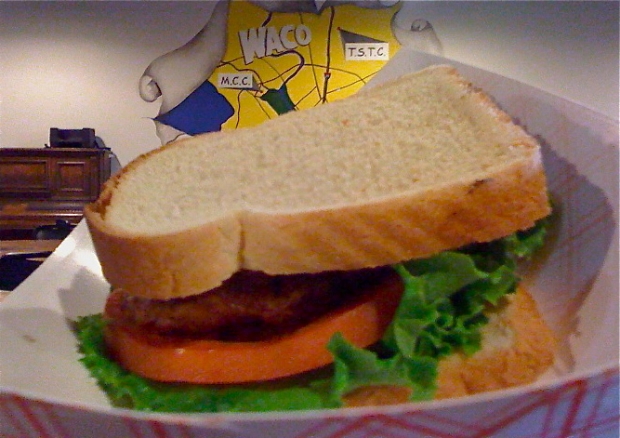 In my memory, the best sandwich I eve ate, I ate at former Chicago Cubs' broadcaster Harry Caray's restaurant in Chicago.

It was a prime rib sandwich. Juicy, tender prime rib on a hoagie with mayonnaise.

But that was almost 20 years ago. It's likely I've enjoyed many sandwiches as much or more than that one. It has it's place, though. It's the answer to the question "What is the best sandwich you've ever eaten?" It's true theoretically if not literally.

That's the way it goes with sandwiches. Every sandwich is judged on two factors — 1) it's ability to satisfy hunger and 2) it's relative value among all the other sandwiches a person has ever eaten.

On Wednesday, I enjoyed a shrimp sandwich at Club Sandwich, which describes itself as "Waco's one of a kind restaurant for delicious Vietnamese sandwiches, Korean tacos and more." For sure, Club Sandwich is unique, in part because it's located in the Waco Outreach Foundation community center at 400 S. 4th Street. It feels a little different, a little more casual, than most dining experiences. It's kind of like going over to see your friend Youngdae, the proprietor, and having him fix you up something to eat.

I met up with several friends there, including WacoFork members Caleb Roberts and Jon Davis. Caleb, like me, ordered the shrimp sandwich because he wanted to try to new menu item. Meanwhile, Jon ate a Banh Mi. He would later blog about it at JonGDavis.com.

All of this leads me to a question for you, dear reader. What's the best sandwich you ever ate? Talk amongst yourselves or answer by commenting on this blog.